Powerfully Persuasive Word According to Research

Today I’d like to give you a powerfully persuasive word which can help when your goal is to influence somebody.

We all know that words influence us. There’s plenty of research showing that our minds are easily ‘primed’ to move in a negative or positive direction. Even briefly seeing words about power – or lack of it –  make a measurable difference in our minds and emotions. Words can be powerfully persuasive – even when they seem innocuous or gentle.

So we can use this to our advantage. 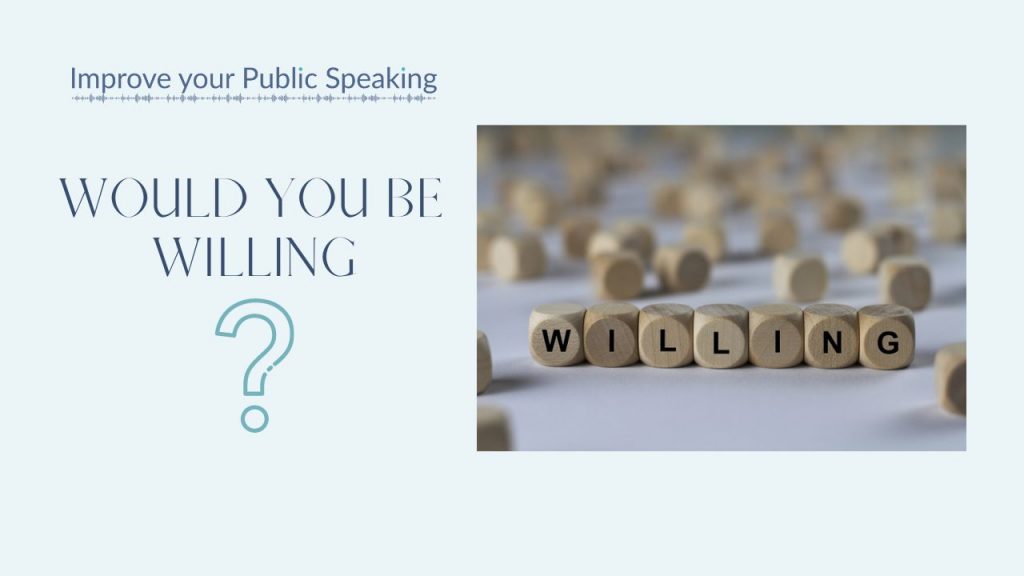 Here’s one to try when wanting to persuade someone, particularly if they’re resistant to our idea or offer.

Professor of social interaction at Loughborough University Elizabeth Stokoe and her colleagues analysed 1000’s of hours of conversations, from customer service to mediation hotlines and police crisis negotiation.

In conversations aimed at persuading people to go to mediation, people who’d already said no changed their minds when asked “would you be willing to come for a meeting?”

These were people who were initially resistant to the idea of mediation. They wanted a lawyer or to go to court instead.

But when they were asked “would you be willing…? they agreed, and would even interrupt the speaker’s sentence to do so!

It worked in cold-calling sales scenarios too, and with doctors trying to persuade patients to go to a weight-loss class.

Stokoe and her colleagues also tested phrases such as “Would you like to…?” and “Would you be interested in…?”.

They worked sometimes: but “willing” gained faster agreement and enthusiasm.

Why do I think it works?

“Willing” is more about the person you’re talking to,  rather than you as the speaker. You’re giving them agency, free will…and they may even feel like they’re doing you a favour. No compulsion or pushing involved.

This compares to “like” or “interested in” which is more about the person going within and considering their options. When this happens, all sorts of obstacles can rear up!

What do you think? Does ‘willing’ seem to you to be a powerfully persuasive word?

You might like to try this suggestion, especially in a situation where you have some resistance to your idea.

For example: “while I know this isn’t your ideal choice, would you be willing to…?”

Here’s a review of a book she’s written if you’re interested in finding out more about Elizabeth Stokoe’s work.

For more ideas on persuasion, I’ve also written a post on a researched easy persuasion phrase to try.

The Essential Speaking Skill of Clarity

Want Greater Charisma When You Speak? Have Certainty

When we speak in front of others, our goal is usually... read more

How to reduce public speaking fear; as it's always such a... read more

Make your Audience Think to Focus and Engage Them The opening of... read more

Pitching your Idea: Clarity and Inspiration from Starbucks CEO

How's this for clarity of words and vision when doing a... read more

What Navy Seals Can Teach Us About Reducing Public Speaking Fear

Beware Personalising your Messaging At the Wrong Times

Should you speak to your audience as a group or individuals?

Adding Silence When you Speak – Don’t Stuff Your Audience

Your truth or universal truth, get to the point, and a self-worth reminder

To influence have an opinion, virtual speaking engagement, and how to feel more confident

This website uses cookies to improve your experience while you navigate through the website. Out of these cookies, the cookies that are categorized as necessary are stored on your browser as they are essential for the working of basic functionalities of the website. We also use third-party cookies that help us analyze and understand how you use this website. These cookies will be stored in your browser only with your consent. You also have the option to opt-out of these cookies. But opting out of some of these cookies may have an effect on your browsing experience.
Necessary Always Enabled
Necessary cookies are absolutely essential for the website to function properly. This category only includes cookies that ensures basic functionalities and security features of the website. These cookies do not store any personal information.
Non-necessary
Any cookies that may not be particularly necessary for the website to function and is used specifically to collect user personal data via analytics, ads, other embedded contents are termed as non-necessary cookies. It is mandatory to procure user consent prior to running these cookies on your website.
SAVE & ACCEPT
X