I’ve made many public speaking mistakes: especially in the early days, when I was feeling my way and still learning what worked and what didn’t. So today I thought I’d give you three mistakes that I used to make – mistakes which threw up roadblocks for my audiences and stopped me being as engaging and professional as I wanted. Hopefully by sharing these errors, it might help you to avoid making them yourself!

Cramming too much content into your talk: this one took me a long time to learn – mainly because I was so keen to give maximum value to my audience. When I was a beginning speaker, I also wasn’t sure what breadth or depth of content I should cover. And I was really enthusiastic about the information! I still am enthusiastic – but I’ve learned that usually, less is more. The more material you have in your talk, the less likely your audience is to retain it. And that’s basically what we want as speakers isn’t it? For our information to be clear and easily remembered.

This cramming strategy is such a big mistake because you don’t only stop the audience from reflecting on and digesting your content: their brains will also get tired and cranky! There’s another potential issue too, for you as the speaker: it’s really hard to maintain a connection to your listeners, as you’re horribly aware there’s a lot to fit in; so you’ll tend to rush.

You want the audience to walk away feeling satisfied, not stuffed…to feel that they can take the information you’ve given them and act on it.

Mistake No. 2: not spending enough time on deepening my main points

This public speaking mistake follows naturally from the first: I didn’t like dwelling too strongly or deeply on any piece of content. As a child I had insecure patches when I worried that I was boring; and as an adult speaker, this belief manifested itself in me not wanting to focus too deeply on one angle in case I started to bore the audience! I didn’t like to repeat my points either, for the same reason. In my mind it was much better to move on than risk boring them.

I learned eventually to get over that one. Of course there’s life in between, and speakers who belabour each point really are tedious! However, be aware of the balance. When you speak to groups – and especially when you train others – you have to make sure that your main points are truly heard. Whether it’s repeating your point for rhetorical effect or finding different ways of approaching it, make sure that you’re letting the point ‘land’. Don’t move on too fast.

The best way is to layer it from different angles, which also shows that you’ve thought deeply enough about the subject. For example: take a main point and consider every possible angle of audience resistance to it. Then during your presentation, name that resistance for them, if you can. (By the way, doing this can make a massive difference to their engagement with your content.) Use data, examples, case studies, a story, a quote. Different angles create different anchors. And as we all think differently, this is a good thing!

What do I mean by this? There are a few ways we can mis-judge or mis-time our energy levels when we’re presenting. A couple I used to struggle with:

Starting high and then going gradually downhill. This used to happen – and I see this a lot with my clients – because I used to practise the opening of my talk more than other sections; this meant that I felt most fluent with the material, and knew it better than later sections. By the way, this doesn’t mean it’s not important to practise the opening: it is. Doing this is vital to build your confidence and ensure that your words flow easily and naturally. (I’ve talked about two strong speech openings here.) However, an effective way to work with your energy levels is to start reasonably strongly; let the energy gauge move up and down naturally with the material as you go through the speech; and then build towards a strong conclusion. The end is usually the highest point, as you give your audience a strong summary and ‘call to action’.

If the audience were low energy. This is sometimes inevitable: you might be speaking on Monday morning at 9am to your sales team, or after lunch on day three of a conference. I used to start with my planned relatively high opening (nothing over the top, it’s not my style!); then if I didn’t get the reaction I hoped for I’d lose heart, and my energy levels would start to sag fast, like an old mattress. I had to learn to lead the energy in the room, not follow it. Remember, the audience takes their cue from us. We need to be true to ourselves and not inauthentic, obviously – but the fact is that we are the leader in the room when we’re actually presenting (even if you work in the corporate world and that’s horribly hard to remember when the CEO walks in!).

For more of my thoughts on energy levels, go here where I discuss finding the right levels for you; here if you think you don’t have enough of it, and here for a brief article I wrote on energy and introversion.

I have more public speaking mistakes than these of course…and I’ll share others in another post. In the meantime, I hope this article has helped you to think differently about your next presentation.

Persuasion is a crucial part of our everyday communication, whether at... read more

Reducing Presentation Anxiety Do you feel anxious when you have to speak... read more

In this video, I discuss balancing certainty with curiosity as a... read more

How to Practise Your Presentation: Practical Tips (And What Not To Do)

Group of Practice Golf Balls - vorakorn There are many different ways... read more

How to Ensure that your Talk is Relevant

A vital skill for any good speaker is knowing how to... read more

How Mastering Discomfort Can Set You Free to Speak in Public

Mastering discomfort can set you free Speaking in public is confronting for... read more

Audience Connection - Your Truth or Universal Truth As audience members in... read more 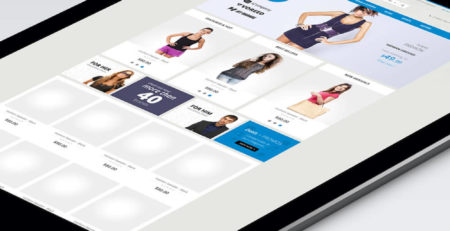 Communication Challenge: Not Fully Trusting Your Own Ideas

Is Self-Belief Essential At The Start?

Powerfully Persuasive Word According to Research

Your details will never be shared